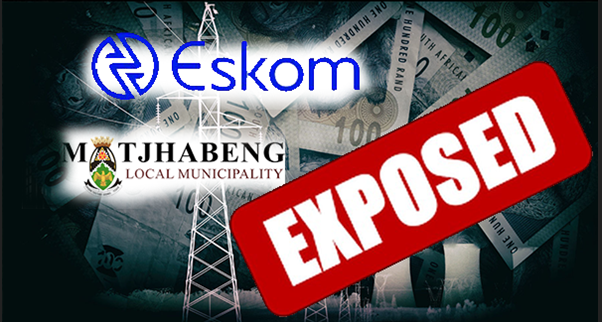 ESKOM AND MATJHABENG MUNICIPAL FARMS SCANDAL WENT UNNOTICED
by Leon Louw
Published by the Free Market Foundation on 17 September 2020
Parts of the article have been highlighted by NEASA’s Media Department.

What do expropriation without compensation (EWC), Eskom and municipalities have in common? Nothing, unfortunately. At least not in popular discourse. What, on earth, is a municipality doing with 139 farms to give Eskom for debt security? That it has farms at all, let alone 139 farms, should generate a political and media outrage, yet the scandal went unnoticed.

Government defends EWC and the Section 25 Bill on the pretext that the willing buyer-willing seller model was necessary, and failed. Yet it appears that municipalities are sitting on vast tracts of superfluous land. If the Matjhabeng municipality’s 139 farms are indicative of the rest of the country, the government has ample land for redistribution. Municipal “farms” are probably a small proportion of all government land. The government, especially through municipalities, owns an unknown amount of mostly derelict land, especially “reserved” land, which could and should be redistributed before private property is seized.

The scale of the scandal was exposed this week when Eskom announced that the Free State Matjhabeng municipality (which includes Welkom) had “agreed to hand over … 139 farms” as security for its R3.4 billion debt. Eskom values the farms at R2,5 billion, or R18 million each on average. There is no description of the farms, so there are more questions than answers. Are they genuine farms? Operating, developed or derelict? Separate or consolidated into larger farms? If farmed, by whom? If not, why not? What will be done with them by Eskom? Will it start farming, sell the farms, or redistribute them? Will the government subject them to EWC? If not, why not? What is one of South Africa’s allegedly most corrupt municipalities doing with 139 or more farms? Why has it not paid R3.4 billion? Why does Eskom allow it?

Municipalities sometimes own land, technically called “farms”, on the urban periphery for low-cost “township” housing. This is an apartheid legacy. The dreaded regime acquired land for “black locations” and “dormitory towns”. For obvious economic efficiency reasons, these should have been sold and turned into real farms long ago, and small parcels of new land bought as and where required.

If EWC becomes a lamentable reality, superfluous government land, especially municipal land such as this, should be the first if not only target.

Various “Land Audits” supposedly document how much land is private, government, traditional, white, black or undefined. But they are all nonsense. Their common bizarre flaw is that they estimate land distribution by the most irrelevant criterion, area. “Whites own 80% of the land” is an absurd popular refrain. Land by area implies that a hectare of desert is as valuable as a hectare of Clifton.

‘Land’, especially ‘white’ land, is an emotive term used as a political tool. No assessment has been made according to what matters, land by value, by numbers of properties, and usage. And there are no estimates of land that is owned as opposed to occupied. Another flaw has been to assume that municipal land, especially “reserved” land, is private. How are these farms, and perhaps thousands more belonging to other municipalities, classified? No one knows.

I recall it being revealed years ago that municipalities were amongst SA’s biggest cattle farmers. A recent detailed study found that vast tracts (112,795 hectares) of Free State municipal land called “commonage” were leased to “commercial farmers”.

Before embarking down the perilous road of EWC, the government should establish what land it already owns at all three levels of government as well as through SOEs and redistribute it. It should abandon the apartheid policy of leasing land to black people and convert all black occupied land to full unambiguous freely tradable freehold title. Only then will we be rid of the apartheid land legacy. This is the work of the FMF’s flagship initiative, Khaya Lam (My Home).