AN OPEN LETTER TO MR. LAKSHMI MITTAL, THE PRESIDENT AND CEO ARCELORMITTAL INTERNATIONAL 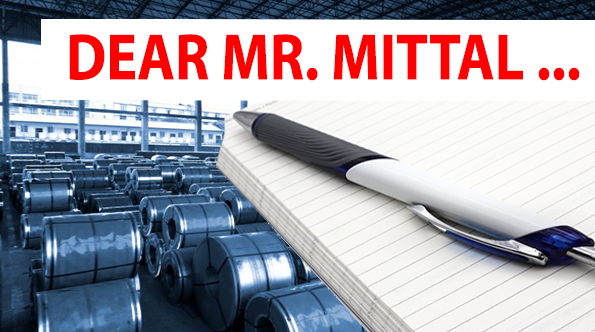 The South African steel downstream industry has been hit hard by the inability of AMSA to supply the market with raw material. Projects have been delayed or even cancelled in their entirety. Despite this, AMSA managed to convince the South African government to extend safeguard duties on hot-rolled coil. This extension was done unlawfully and is currently being challenged in court. AMSA has also applied for duties on nine new tariff codes of coated products.

NEASA is an organisation representing employers in all sectors of the South African economy. In the Steel Industry, we represent more employers than any other industry body, currently close to 2000 businesses. We, and our members, question AMSA’s ethical conduct regarding the request for duties despite the fact that material is in short supply and has shot up in price, due to an artificial shortage created by the partial start-up of AMSA after lockdown.

It seems that AMSA has convinced the South African government that the start-up of the second blast furnace will solve the downstream’s current severe predicament – caused by these shortages. This, however, is not the solution; it does not address the problem which emerged when the South African steel downstream lost its competitiveness with the introduction of duties in 2015.

Although one would expect you to act in the interest of ArcelorMittal’s shareholders, ethical considerations must always enjoy the highest priority. Many jobs and livelihoods have been lost in the steel downstream since the first duties were introduced in 2015. Although duties on steel imports are a common practice worldwide, the South African scenario is entirely unique in view of the absence of competition and the high production cost of liquid steel, mainly as a result of antiquated production methods.

It is the general view of AMSA’s South African customers that, unless AMSA is in the position to compete in the South African steel market, without protection, its role is no longer justified.

Mr. Mittal, in view of the above, we call on you to instruct your South African operation to adhere to the desperate calls of AMSA’s customers and to desist from calling on the South African government to protect its unproductive loss-making operations.