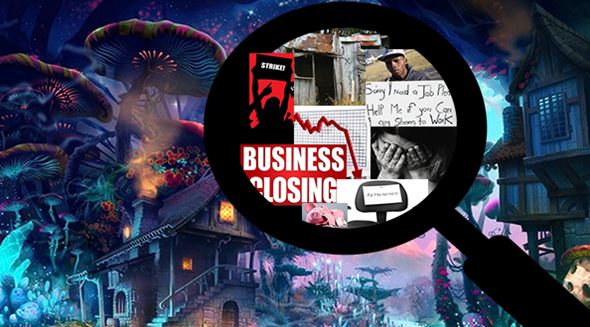 It was with an element of joy that I read about the President’s announcement, in terms of a number of reforms to improve business conditions in South Africa, to introduce the Public Procurement Bill, which will require organs of state to sub-contract SMMEs, to a minimum of 30% of the value of the contract, for contracts that are above R30 million.

I was disillusioned to see that this arrangement is only reserved for “SMMEs that are at least 51% black-owned.”

I was disappointed that this came so soon after the President had witnessed first-hand in Japan, what a ‘team’, working together, towards one goal, can do. I therefore considered to express my concern that what is being done here is not for the benefit of South Africans – and those supposed to benefit the most, will eventually be prejudiced the most.

I wanted to articulate my view that:

• these policies, before and after 1994, are the root cause of South Africa’s inability to make progress;
• it is emphasising racial differences and entrenching racial prejudice, resulting in us ‘playing against’ each other, ensuring that South Africa does not reach its full potential;
• many entrepreneurs, not meeting the threshold of ‘51% black-owned‘, will be excluded from participating in these state contracts, simply because of their skin colour, the ‘sins’ of their forebearers and the fact that they, being sincere entrepreneurs, want to control the destiny of their own businesses, which they have established and risked everything for;
• these entrepreneurs who, against all odds, remain the heartbeat of the economy, are still involved in state contracts, but only behind the scenes. Their involvement requires, in most cases, multiple middlemen, also known as ‘tenderpreneurs’, whose involvement inflate the price of the product or service multiple times. In this scenario the client (taxpayer) is the loser;
• since it is so difficult to start a new business (90% of start-ups fail within the first 5 years), the last thing any government can afford is to neglect or attempt to exclude existing and established SMMEs from any facet of the economy;
• these non-BEE SMMEs are tax contributors, but disqualified from doing business with the very institutions of state which they sustain with their taxes; this is an unjustifiable arrangement; and
• South Africa’s gradual increasing unemployment rate and inequality is indicative of the disastrous consequences of these policies.

However, since I have realised that raising these issues fall completely outside of the current transformational narrative, I have decided not to raise my concerns. I have made complete peace with the fact that a change in the current unsustainable approach will only take place within the context of a combination of a Damascus road experience, political integrity and courage. Although anything is possible, I can’t see any prospect of change to the current approach.

What might bring about change, may not necessarily be a change of heart, but an overdue rude realisation, that for a nation to claw itself out of trouble, it cannot turn down the offer to sincerely contribute – by any of its citizens.

My message is directed at the millions (black, white, Indian, Coloured) who do not benefit from the current ‘transformational narrative’, of which BEE is only one element. My message, however, does not exclude those currently benefitting from these policies, simply because:

• the ‘benefit’ will be short-lived;
• the resources funding this economic hostile approach will soon be depleted;
• while the above is underway, the competition for resources will intensify, even turning nasty;
• fear and uncertainty in this environment will consequently increase;
• simultaneously, valuable innovation opportunities and experience to compete on the basis of sound economic principles will be lost; and
• lastly, but very importantly, the current BEE beneficiaries are our co-citizens, co-South Africans, and, just like us, are also subjected to the ‘ups and downs’ of life.

My message to each and every South African is:

• count your blessings;
• play the hand that you have been dealt;
• if this particular policy affects you, you’re already in a very privileged position;
• millions of South Africans will sacrifice much to be in your position;
• all the obstacles you encounter are to your benefit, bringing balance and preparing you for a more substantial role;
• nothing is easy; and when it is, it is not sustainable;
• real wealth goes far beyond the ‘glitter’ upon which we so easily fixate our vision;
• you only lose once you’ve given up; and
• hard work, integrity and perseverance bring the best results, but it requires patience.

To a current or prospective entrepreneur: do not allow any obstacles to stand in your way. The very thing you see as an obstacle, is your opportunity, clothed in adversity. Also, do not tolerate negativity or any form of bitterness. Lastly, never take advice from people who harbour these traits.

Privileged and challenged to be South African.
We are all in this together