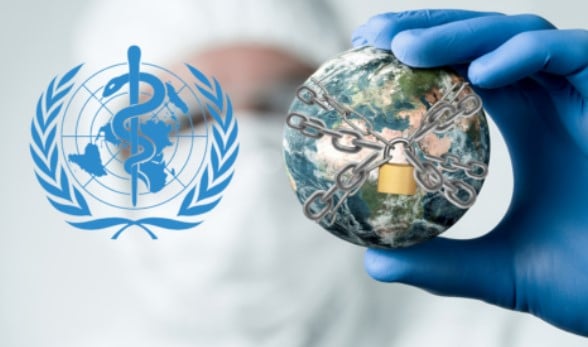 NEASA, in an open letter to the President on 12 April 2022, requested confirmation and clarity on the extent of South Africa’s involvement in the WHO proposed pandemic treaty, as mentioned in various of the organisation’s press releases and newsletters.

Naturally, no response from the President was received. Whether this silence from our Executive should be construed as a mere omission, due to South Africa’s current dismal state of affairs keeping them occupied, or as a purposeful avoidance of a very serious question, due to the undesirableness of the answer, remains to be seen.

These proposed plans seem to be rapidly converting into reality, as clearly illustrated by the European Union Council adopting a decision to authorise the opening of negotiations for an international agreement on pandemic prevention, preparedness and response, on 3 March 2022. The Intergovernmental Negotiating Body (INB), tasked with drafting and negotiating this international instrument, will hold its next meeting by 1 August 2022, to discuss progress on a working draft. It will then deliver a progress report to the 76th World Health Assembly in 2023, with the aim to adopt the instrument by 2024.

In a recent article, published by the Daily Maverick on 10 April 2022, South Africa will apparently be represented in these negotiations regarding said pandemic treaty, by none other than Precious Matsoso, the former Director-General of the Department of Health between 2010 and 2019. She has been appointed as the co-chair of the global INB, which has been instructed by the World Health Assembly (WHA) to draft the Pandemic Preparedness Treaty.

Matsoso represents the Africa region on a six-person bureau, including representatives from Brazil, Egypt, the Netherlands, Japan and Thailand. The bureau, which had its first meeting in February 2022, must develop a working draft, in consultation with member states and civil society stakeholders, by August 2022. At this August meeting of the INB, they will identify the provision of the WHO Constitution under which the instrument should be adopted.

Bearing in mind that South Africa is a signatory to the International Health Regulations (2005) and a state member of the WHO, consequently bound to their decisions, freedom-loving South Africans demand to know whether President Ramaphosa will sign it, should it come to life.

South Africa is a sovereign nation, as embedded in its Constitution, however, according to section 231 of the Constitution and articles 19 to 22 of the WHO Constitution, South Africa will be bound to any and all regulations issued by means of the ‘pandemic prevention treaty’ upon the signing thereof. This could possibly undermine the sovereignty of South Africa’s Government over the health of its citizens, health measures and executive decisions, to the detriment of its people.

South Africans, and every other member state for that matter, must realise the extreme threats a WHO ‘pandemic treaty’ poses to their freedom. It was due to the incompetent and monopoly-influenced decision making of the WHO that the majority of countries saw their economies collapse and their people lose their freedom. If the WHO is in future, by virtue of this treaty, granted omnipotent power over the health regulations of all its member states, the world will fall victim to a powerful ‘one world governing body’.

What should instil even greater fear into the hearts of every South African citizen, is the current health legislation and regulations already being created and drafted by our Government. These regulations seem to be drafted in order to give effect to the proposed WHO pandemic treaty, pre-emptive to its existence. What this means, is that should this treaty come into existence, should our President sign and consequently, bind South Africa thereto, we will already have the national legislation to allow for adherence to, and compliance with said treaty. This draws the intent of the Department of Health and the executive of our country with the newest health regulations into serious question.

NEASA will keep a close eye on the possibly damning developments of this ‘One Health’-orientated narrative and keep South Africans abreast of the progression thereof. For the time being, NEASA warns South Africans to not be blissfully blind or ignorant towards the silent power-grabbing attempts at their freedom.