DISASTER MANAGEMENT AMENDMENT BILL: NEASA’s submission to Parliament: Lockdown and Regulations were the true disaster: Amendment Bill is a must. 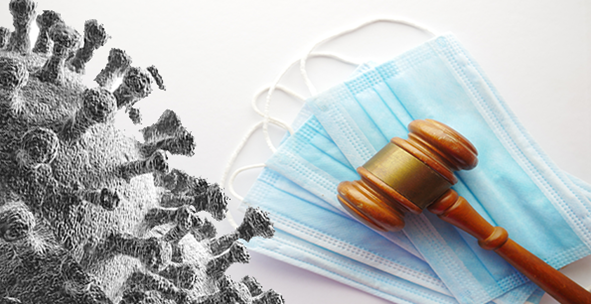 LOCKDOWN AND REGULATIONS WERE THE TRUE DISASTER

AMENDMENT BILL IS A MUST

NEASA has submitted comments in support of the draft Disaster Management Amendment Bill (‘the Bill’) to the Portfolio Committee on Cooperative Governance and Traditional Affairs.

NEASA strongly supports the passing and adoption of the proposed amendments to the Disaster Management Act, 57 of 2002 (‘the Act’).

In terms of the current provisions of the Act, the Minister is given extensive legislative and regulatory decision-making powers. So extensive, NEASA believes, that the Executive is given a free reign, and consequently was able to cause more irreparable harm during the Covid-19 pandemic, than the pandemic itself. Therefore, the limitations to be placed on the extensive power of the Minister, supporting Executive and any so-called advisory council, by means of this Bill, is of inescapable importance.

The pandemic and virus have, tragically so, caused disease and death on a global scale, but so have the ensuing lockdown and regulations. The restrictive regulations have encroached on various fundamental human rights of South African citizens, without proper limitation, parliamentary overview or proportionality.

The purpose of the lockdown and regulations were to allow the health sector time to prepare in order to efficiently and sufficiently deal with, and mitigate the effects of the pandemic and spread of the virus. Despite this not realising at all, the irrational restrictions continued to strip people of their basic and fundamental rights, including restrictions on movement, gathering for religious purposes, bans on exercise, bans on the consumption of alcohol or purchasing of tobacco products, and, worst of all, restricting the right to work and earn a living.

Apart from the health sector not having been able to effectively prepare for handling the pandemic, the state not sufficiently supporting the sector, financially and/or through infrastructure expansion, and thus rendering the lockdown and restrictions, for this exact purpose, useless and ineffective, the restrictions did succeed in causing:

Currently, the Act does not provide adequate legislative accountability and oversight measures over the regulations published in terms thereof, the duration of the disaster, nor in respect of the extension thereof. The opportunity created, through these inadequacies, for the Executive to outrightly abuse their ‘legislative and regulatory’ power, is both incredibly arbitrary and dangerous. In a constitutional democracy, such as our own, any legislation, which has such severe consequences and grants such unfettered powers, and which impacts all citizens and their human rights to this incredible extent, must be subjected to absolute legislative accountability and oversight.

NEASA illustrates, through its submission, that there is no choice but to implement this Bill, in order to ensure that the destruction caused by the ‘executive-disaster state’, will never occur again. The amendments will ensure that a state of disaster as declared by the Minister, is only declared for 21 days initially, or extended, only if the relevant legislature (be it the National Assembly, provincial legislature or municipal council) resolves to do so. Any and all regulations or directives issued in terms of the state of disaster, must be approved by the relevant legislature, prior to implementation.

The amendments will therefore create proportionally limited powers for the Minister, ensuring, through proper procedure and legislative oversight, proper constitutionally accepted accountability of the Executive.