EmpoweringSA: RACE QUOTAS IN THE WORKPLACE: NAIVE AND CONTRA PRODUCTIVE 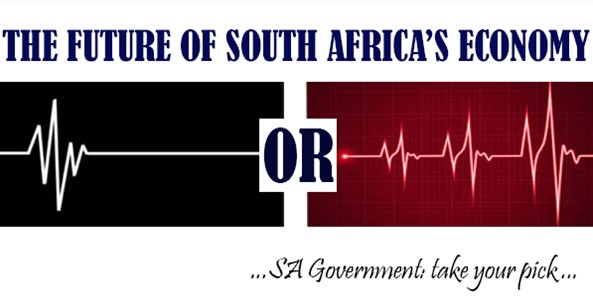 RACE QUOTAS IN THE WORKPLACE

The boiling frog is a fable describing a frog being slowly boiled alive. The premise is that if a frog is suddenly submerged in boiling water, it will jump out, but if the frog is put in tepid water which is then brought to boil slowly, it will not perceive the danger and will be cooked alive.

This fable accurately describes the ANC’s execution of their National Democratic Revolution strategy as far as, in this case, employment equity is concerned. During the initial phase of Government’s employment equity drive, it was left to businesses to set their own targets, which, from any business’ viewpoint, is subject to the culture of the business, the availability of qualified people (of all races) as well as financial and practical considerations.

The technical detail contained in the envisaged employment equity legislation, under discussion in this article, will not be dealt with herein, but rather the underlying ideology informing this legislation.

Through the amendments now envisaged, Government intends to “determine sectoral numerical targets (quotas) for the purpose of ensuring the equitable representation of suitably qualified people from designated groups (blacks, women and persons with disabilities) at all occupational levels in the workforce”.

This is part of the ANC’s vision contained in the National Democratic Revolution (NDR) which envisages a country which, in respect of every element of society and the economy (control, land, wealth, ownership, leadership and jobs), is reflective of the demographics of society; in other words redistribution, in respect of all these elements, to be in line with racial percentages: 78.8% for blacks, 9,6% for coloureds, 9% for whites and 2.6% for Indians; the ANC’s ‘national democratic society’.

This entire notion is complete madness. It is a bizarre attempt aimed at the social and economic re-engineering of society, a project which is bound to fail miserably; and to the extent that it will ‘succeed’, will bring untold misery upon this nation.

It is for good reason that a survey recently done by NEASA, revealed that only 0.4% of employers have a very positive view on this, 1.2% view this positively and 4.9% of employers adopted a neutral stance. On the other hand, 18.4% has a negative view and 75.1% view this as very negative.

The reason for this is that it is blatantly foolish for any government to even attempt to interfere in the affairs of a business; who owns it, how it is run and who is employed. Any decision in this regard must always be left entirely in the hands of the employer, and nobody else. The extent that an employer wishes to consult on these issues with his management, his employees, and, for that matter, anybody else, is entirely up to him.
BEE is a primary contributor towards the massive unemployment plaguing South Africa already. This is as a result of the fact that non-compliant ‘real‘ businesses (read also: The ANC’s new economy; and the real economy), which comprise a large component of the economy, are deliberately excluded from many economic activities, especially state and state-owned economic activities.
The predominant criteria for appointing a person will always be skill, attitude and business culture. The sole judge of these qualities is the employer and the decision will always be based on the employer’s subjective judgement. This is how it is and this is how it should remain. If this rhythm is interrupted, it leads to increased unemployment. Government can attempt to tell employers who to employ; no government, however, can compel an employer to employ.

From the outset, employers will have to adopt a very resilient approach in this regard. Any employer that succumbs to any pressure not to appoint the best candidate for any position (regardless of that person’s race), brings about the destruction of his own business. Not appointing according to skill, attitude and business culture, and taking the decision regarding this out of the hands of the employer, is contra any successful business model.

Even when employers try to comply, they need to realise that the goalposts will constantly be shifted towards the establishment of the ANC’s ‘national democratic society’.

Remember Winston Churchill’s wisdom: “An appeaser is one who feeds a crocodile, hoping it will eat him last”.

My advice to government is this: do not embark on a venture which will compel your citizens, for the sake of survival, to disobey the law.