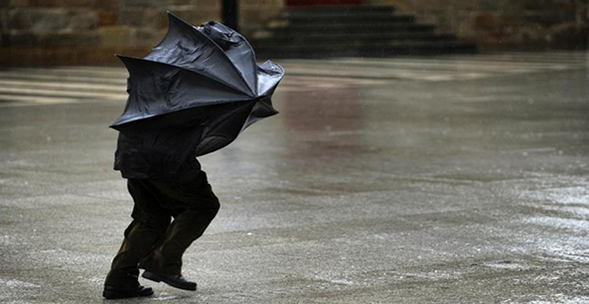 Over the years, a lot has been written by numerous commentators on the inflexibility and stringent requirements of the South African Labour Law dispensation.

This commentary usually centers around the rigorous legal and administrative requirements surrounding the dismissal of employees, as well as the impact complex labour legislation has on the ability of employers to adapt quickly to changing circumstances.

These shortcomings have, yet again, been laid bare in the latest incidences of unrest, looting and vandalism which caused many businesses to be unable to trade. The simple question is, what are these employers to do in respect of their obligations towards their employees where there is currently no work for them to perform?

The employment relationship between the parties attracts two aspects of the law that deserve attention in this context. The first is the contractual right that an employee has in terms of his/her contract of employment and the second is the employee’s constitutional right to fair labour practices as contained in the Labour Relations Act. This means that an employee has two distinct courses of action on which to base a claim against his/her employer.

In terms of a purely contractual claim, the employee will have to assert that the employer is in breach of its obligations in terms of the contract, to remunerate him/her where the employee is tendering performance and can claim specific performance or damages. In the current circumstances, an employer may well be able to resist these claims by a defense of force majeure or impossibility of performance, each of which comes with its own complexities.

Force majeure, also known as ‘an act of God’ is a concept that is not found in the South African common law, but is a principle that may be incorporated into a contract. In terms thereof, the parties to a contract may stipulate circumstances under which a party may be excused from performing for as long as a particular set of unforeseen circumstances persist, or under which a party may terminate an agreement should the inability to perform be of a permanent nature. An employer will not be able to rely on this, should such a force majeure clause not have been included in the employment contract.

In the absence of a force majeure clause, an employer may still rely on the common law principle of ‘intervening impossibility’ to defend a contractual claim. In terms of this principle, if some sort of event, i.e. fire, flood, riots etc. makes it impossible for a party to perform in terms of a contract, such a party may be excused from his/her obligation. However, the burden of proof for this defense is extremely difficult to discharge, as the employer will have to prove that it is objectively impossible to perform and not that it would merely be difficult or disproportionally burdensome to do so.

Although there are a number of options available to these employers, they are wholly unsuitable due to the nature of the required processes, the time periods associated therewith and the possible legal ramifications emanating therefrom.

An employer may opt to implement short-time or a lay-off for the period that it is unable to trade, however, these processes require consultation and agreement with the employees in order to implement them fairly. The South African labour laws contain no general provision for short-time or lay-offs; consequently, the right to implement these processes needs to be acquired by the employer by virtue of such provisions in the individual contracts of employment, a collective agreement or in the absence of any of the former, by agreement with the employees.

In the absence of any agreement, the employer may have to resort to initiating a retrenchment process which is technical, time-consuming and carries a cost implication for the employer in terms of severance packages, leave balances and notice pay, all while the employer cannot generate any income and has to rebuild the business.

It may be possible for the employer to unilaterally implement changes to the conditions of employment. This is, however, also not without risk, as such action paves the way for protected strike action. It may, in any event, not be a suitable option as the required changes to the conditions of employment, in order to address the current situation, are so excessive and fundamental in nature, that it may well be viewed as an unfair- or constructive dismissal, if the employees should resign, claiming that the actions of the employer made it intolerable to continue with the employment relationship.

Another natural option is for the employer to simply liquidate the business, placing the employees in the position of creditors of the estate. However, this is never a desired option and never viable for employers who wish and need to rebuild their businesses for the sake of the economy, their employees and their own livelihoods.

Although the riots have presented the quintessential example of the unsuitability of the South African Labour Law dispensation, there are many other sets of circumstances where the inflexible and stringent laws and regulations are preventing employers from adapting to changing circumstances, accessing opportunities and competing on a global scale.

It is time to let business do business without being hamstrung by bureaucratic red tape and regulations that do not assist anybody in the long term.

Jaco Swart is the National Manager and Collective Bargaining Co-ordinator of the National Employers’ Association of South Africa (NEASA).