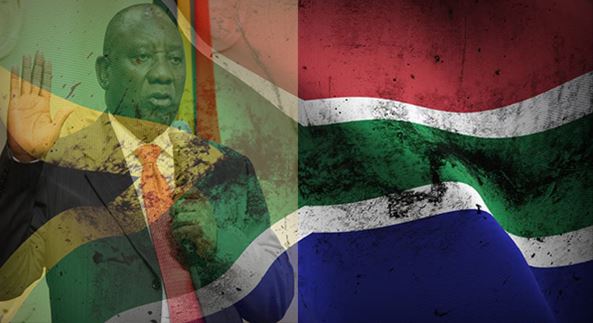 Show us your hand, Mr President

Your dramatic election as the President of the ANC at Nasrec in December 2017 was received with much elation by many South Africans. Confidence in you was further confirmed during the 2019 general elections when many South Africans, who otherwise would not have even contemplated voting for the ANC, did so because of their hope that you would stop the rot and steer South Africa in a sound economic direction.

Those of us who were of this view were proved wrong. Or rather, you proved us wrong.

In times of uncertainty many people tend to grasp at straws, oblivious to the obvious futility thereof. There was a time that many people, including myself, thought of you as a businessman with sufficient understanding of what is required to jumpstart our economy. That proved to be a misconception. You are not a true businessman; you are merely an opportunistic politician who has spectacularly benefitted through political power and connectivity.

Your socialist inclinations, coupled with your disconnect with business realities, causes you to support ludicrous ideas such as the ‘expropriation of property without compensation’ (EWC) (among others stating that this will make South Africa a ‘Garden of Eden’), National Health Insurance (NHI) and, now that the state coffers have been laid bare through corruption and mismanagement (under your supervision as Deputy State President and President), the latest initiative allowing state capturers and incapable cadres to lay their hands on pension monies.

These issues are just the latest, albeit most radical, initiatives which will push South Africa over the proverbial cliff.

At some stage, I was one of those who defended your silence on corruption which happened right in front of your eyes during your tenure as Deputy State President. I further defended your indecisiveness as President – all for the sake of political survival. I was wrong.

If it was impossible for you to stop state capture from within your privileged position in cabinet, you should nevertheless have exposed it, and in doing so perhaps even have run the risk of being dismissed by the previous President. That, however, would have elevated you to a position of integrity to which millions of ethical South Africans would have pledged their support. To the contrary, Mr President, you chose to remain quiet. That makes you an accomplice to the corruption which caused the situation in which the country finds itself.

Since becoming President, you have continued this indecisive style. You are soft on state capturers and pamper land grabbers, populists and socialists; simultaneously you attempt to comfort business. You say one thing when you talk to investors and another to your voters. That, Mr President, is counterproductive, in all respects. Since that does not illustrate a clear direction and leadership, it emboldens the EFF- and the Zumaite-types, simultaneously discouraging investors and business, which results in all the socio-economic ills currently facing South Africa.

Perhaps that night at Nasrec – the night you became the President of the ANC, after you walked into the ambush set by David Mabuza, making him the Deputy President in return for your election as President, was not the glorious victory we all once thought. South Africans thought that you were the man to act decisively to stop the rot, the corruption and maladministration as a result of cadre-deployment. Up until that moment good South Africans, to some extent, knew what the stakes were and what they were up against. South Africans, of all nationalities, were mobilising against the enormous, recognisable threat South Africa faced at the time.

That night, it now turns out, introduced a new season in which we were lured into a false sense of security, like the proverbial frog in the lukewarm water. Good, unsuspecting South Africans, in particularly business, dropped their guard; we trusted ‘Cyril’. As a result, South Africa may just be in more danger than ever before.

Mr President, at the State of the Nation Address on 13 February 2020, you have yet another opportunity to share your vision for South Africa. Should it indeed be your intention to preside over our continued decline, through expropriation of property without compensation, the complete destruction of our health services and the capture of pension funds, then say so unequivocally. Let South African business know, let foreign investors know and don’t let Moody’s guess.

If, however, you too believe that these policies will cause the demise of our country, then say so in similar unequivocal terms. Put your political life on the line. If it leads to your temporary political downfall, so be it, at least then you will be recognised as a leader, and millions will rush to support you.

The hyenas are circling you, Mr President. They are emboldened by your hesitant, wounded posture. They are plotting your demise. Not acting strongly now, might buy you a few months, but it will destroy your legacy and decimate South Africa for decades to come.

May you find the courage to do what is right.

We are all in this together.

Privileged and challenged to be South African.